A complicated game can be simplified by this truism: Top quarterback-head coach tandems last.

Sunday’s 4:25 p.m. ET matchup in the Superdome features two of the game’s best over the past decade — the Pittsburgh Steelers‘ Ben Roethlisberger and Mike Tomlin matching wits with the New Orleans Saints‘ Drew Brees and Sean Payton. 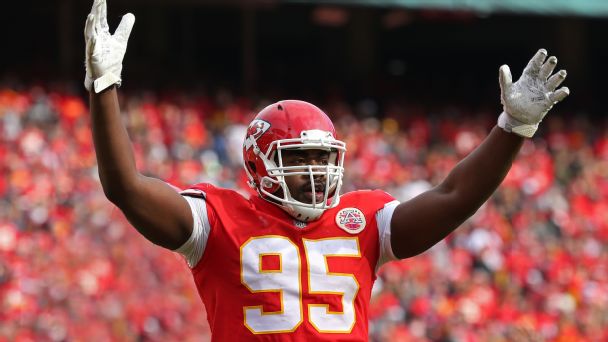 Brees and Payton have 117 wins together over 200 games, second to the New England Patriots‘ Tom Brady-Bill Belichick combo during the Super Bowl era (since 1966). Tomlin and Roethlisberger are fourth on that list with 114 wins in 187 games.

The pairs have combined for 15 double-digit-win seasons.

In Tomlin’s eyes, the formula is clear-cut.

“Win games. You’re not together for over a decade if you don’t,” Tomlin said. “That’s how it goes or the coach and the quarterback get run out of town.”

Here’s a look at both pairings from several angles.

Why they’ve lasted so long together

Tomlin and Roethlisberger: They play their roles well. Tomlin has input in every area of team business but also provides freedom for Roethlisberger and offensive coordinator Randy Fichtner to operate. From the locker room to the practice field, Tomlin and Roethlisberger are frequently huddling. “Communication [is key], just like any good relationship,” Tomlin said. “You have to be able to communicate with each other. I think that is also what makes a successful marriage.” Tomlin and Roethlisberger are instrumental in the team’s ability to respond to bad losses or underachieving stress. Sunday’s 17-10 win against the Patriots was a prime example. The Steelers looked sloppy in Oakland in Week 14, but Tomlin’s defense was refocused and Roethlisberger spread the ball to eight different receivers. Roethlisberger’s 41 career comebacks in the fourth quarter or overtime help matters, too.

Payton and Brees: Payton and Brees are on a short list with the likes of Bill Walsh and Joe Montana of perfect marriages between playcaller and quarterback. They arrived in New Orleans together in 2006 — when Payton got his first head-coaching job and handpicked Brees as a free agent coming off of a major shoulder injury with the San Diego Chargers. From the beginning, the Saints’ offense has been a collaborative effort that includes Brees’ input. And as Brees said recently, it has evolved over the years from “first grade elementary school stuff to freakin’ Calculus 303.” Heading into this season, the Saints had gained more yards over a 12-year span than any team in NFL history, according to the Elias Sports Bureau, averaging 404.1 yards per game. And they won the only Super Bowl in franchise history after the 2009 season.

When it almost fell apart

Tomlin and Roethlisberger: The tandem never has been in serious danger of parting ways, but the Steelers’ two-year rebuild from 2012 to ’13 was considered a test. Tomlin replaced offensive coordinator Bruce Arians, a Big Ben favorite, with Todd Haley, who didn’t mesh with Roethlisberger for parts of six seasons. Pittsburgh stripped down an aging defense and followed an 8-8 season with a 4-8 clip in 2013. Roethlisberger and Tomlin helped Pittsburgh rally for four straight wins to finish the year. They narrowly missed the playoffs, but they’ve produced at least 10 wins in every season since. In past years, Roethlisberger’s comments have signaled potential issues with coaching decisions, but those were believed to be directed at Haley more than Tomlin. He hasn’t hinted at any discord since Haley’s departure.

Payton and Brees: The Saints hit a rut with three straight 7-9 seasons from 2014 to ’16. And though Payton never came close to being fired, both he and the team at least entertained the idea of a mutual separation after the ’15 season. Payton’s mentor Bill Parcells always believed in the idea of moving on early instead of staying too long. But Payton didn’t see an opportunity he liked enough to seriously explore any trade talks — and he and the Saints ultimately wound up renewing their vows with a 2016 contract extension. That turned out to be a great move since Payton has helped to oversee a fantastic rebuilding effort. Brees is one of only six players on the current roster who have been with the team for more than four years. And Payton has continued to evolve as a playcaller, adding new wrinkles like the read-option with third-string quarterback Taysom Hill and his creative use of running backs Alvin Kamara and Mark Ingram.

How they have each other’s back

Tomlin and Roethlisberger: Rarely if ever will Tomlin publicly rip Roethlisberger for his play. He makes a point to support him. He knows Roethlisberger is key to what the Steelers do, and causing undue friction could complicate matters. Take Roethlisberger’s high interception total this season. Roethlisberger is tied for the league lead with 15, and a few weeks ago Tomlin was asked about the trend. “He wasn’t carrying the ball into the end zone and fumbling it for a touchback,” said Tomlin about Roethlisberger’s teammates fumbling. “He just needs to continue to be thoughtful about the preservation of the ball, like he always is, and understand the responsibility that comes with being our signal-caller. I don’t see any issues in that area. But us, collectively, need to do a better job.” Roethlisberger has made clear publicly that he and Tomlin communicate well and credits the coach for keeping a consistent message. And after the rib-injury issue in Oakland that caused Roethlisberger to miss 25 minutes of game action, both the quarterback and coach had the same story: The faulty X-ray machine was unreadable. That’s teamwork.

Payton and Brees: Brees said he respects Payton is the “boss,” but he also said he feels like there is an open line of communication and his opinions are always valued. “There’s no ego,” Brees said. “I respect whatever boundaries there might be between player and head coach, and yet there is a friendship or a bond because of our experience together. There’s a great deal of respect.” Likewise, Payton appreciates how thorough Brees is when it comes to mastering the game plan throughout the week. I wrote a story with the two of them this summer on the art of the playcall, and when I asked Brees how often he hears the first three or four words of a play and knows what the rest is going to be, he said, “about 99 percent of the time.” When asked how often he doesn’t even need to hear the first word, Brees laughed and said, “Well, in certain situations, a lot.”

What’s next for each duo

Tomlin and Roethlisberger: There’s reason to believe Roethlisberger will finish his Steelers career with Tomlin. Roethlisberger, who turns 37 in March, is under a contract that expires in 2020. The Steelers could revisit that deal this offseason and push Roethlisberger’s salary closer to $30 million. After 124 wins in less than 12 seasons, Tomlin isn’t going anywhere. The Steelers have had three coaches since 1969 and like the stability Tomlin provides. If Roethlisberger plays three seasons and retires before his 40th birthday, the winning likely will continue. Roethlisberger has never had a losing season since entering the league in 2004. Most of those seasons have come with Tomlin by his side.

Payton and Brees: Ideally another Super Bowl in about six weeks. It’s hard to say how many years Brees has left, since he turns 40 in January. But it’s easy to see that this is the best opportunity he and Payton have had yet to double up on Lombardi trophies. The Saints (12-2) need just one more victory to lock up the NFC’s No. 1 seed (and they need Payton and Brees to lift their offense out of a recent three-game slump). Brees has said many times he thinks he could play at a high level until he is 45 years old. And it’s hard to doubt him considering the season he is having. However, Brees has never specified that he wants to play that long. Maybe another Super Bowl would give him a good reason to walk away in a year or two? I think Payton will stick around after Brees leaves, though. Payton is a quarterbacks coach by trade who once developed Tony Romo in Dallas. And he would be the ideal coach to develop the next guy (the Saints came very close to drafting Patrick Mahomes last year, speaking of perfect marriages). There just has never been a pressing need for that “next guy” for going on 13 years now.