EAGAN, Minn. — There’s no exact science that explains why some teams or quarterbacks play better or worse in prime-time games.

The Minnesota Vikings have lost all three games they’ve played in prime time this season, falling to the Rams on Thursday night in Week 4 and dropping contests to the Saints and Bears on Sunday Night Football. In Week 12, the Vikings have another prime-time showdown against the Green Bay Packers on Sunday night. 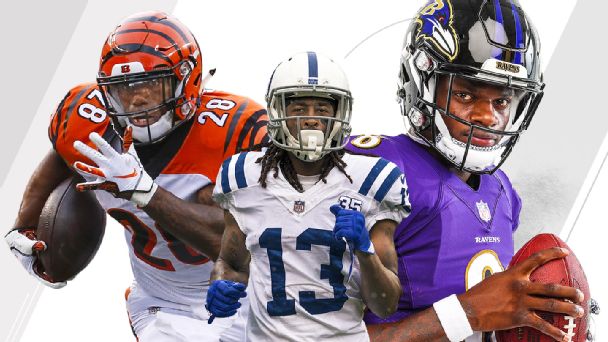 But that doesn’t provide a clear answer why Cousins has underperformed in these marquee matchups. That tends to be difficult.

That’s true. The NFL instituted flexible scheduling from Weeks 5-17 to ensure “quality matchups on Sunday night in those weeks and gave surprise teams a chance to play their way onto prime time,” according to the league website. The Vikings already were set to play in prime time against Green Bay when the schedule came out in April. The Vikings-Bears game in Week 11 was flexed to Sunday night 10 days ahead of time.

“We got flexed to that prime-time [game] last week because we were playing a really good football team,” Cousins said. “If either of us weren’t good, I don’t think we get flexed. If there was a difference with prime time, that would be it. I don’t know of many other differences. I certainly don’t treat them any different when I play.”

In his 16 career prime-time starts, Cousins’ team has been the betting favorite six times and he’s 2-4 straight up. In 10 underdog games, he holds a 2-8 record.

That leads to the next point: Against better opponents, Cousins’ team has often had to play from behind. According to ESPN Stats & Information data, Cousins has taken at least one snap with his team behind by at least a touchdown in 12 of his 16 prime-time starts.

“I think we’d have to go back through all the prime-time games I’ve played and talk through them because every game is different,” Cousins said. “We won last year on Thanksgiving night, and I don’t think I played all that well and we won. It gets a little bit convoluted when you start to say, you try to look at a stat and pair it with a player, it becomes maybe a bigger, more complicated picture than just a win-loss record and trying to judge performance.”

Aside from Minnesota’s defense allowing Jared Goff to throw for 465 yards, five touchdowns and achieve a perfect passer rating in Week 4, there has been a constant theme among all the Vikings’ prime-time losses: turnovers.

On the Vikings’ final possession in Los Angeles, eyeing a chance to tie the score and force overtime, Cousins was strip-sacked at the Rams’ 48-yard line. Against the Saints, Adam Thielen‘s red zone fumble proved costly, as was the pick-six Cousins threw because of a miscommunication with Stefon Diggs. In Chicago, those mistakes resurfaced when Dalvin Cook fumbled inside the Bears’ 15-yard line and Cousins threw two interceptions, including one inside the red zone that was returned for a touchdown. Cousins had to play from behind the entire time in each of those games.

It’s difficult for Cousins to figure out his 4-12 record in prime-time games. In fact, he believes one of his better performances this season came in a prime-time loss.

“I think the prime-time game before the Bears — the Saints game — that was one of my better games all year,” said Cousins, who completed 31 of 41 passes for 359 yards with two touchdowns and one interception in that game. “I felt really good sitting around all day. Again, I think the untrained eye is going to look at the final score, is going to look at a play or two and say ‘Well, that was not a good performance.’ A trained eye is going to look a little deeper and say ‘Well, let’s go play by play and see how we did.’ It’s week to week, as every game is regardless of when you play.”

The Vikings guaranteed Cousins $84 million over three years to perform at his highest level when the stakes are high. The scrutiny he has faced for underachieving in these marquee matchups comes with merit, but all the blame can’t be pinned on him. An ineffective running game has forced more upon Cousins’ plate, and not every turnover was tied to his actions.

The Vikings (5-4-1) have a 51 percent chance of making the playoffs, according to ESPN’s FPI, and that number jumps to 70 percent with a victory over Green Bay (4-5-1) on Sunday night. It dips to 27 percent with a loss.

If Cousins cannot perform to the standard needed to beat Green Bay, the Vikings will have to scheme against the Packers in other ways to win before continuing their tough stretch, on the road at New England and Seattle. Their playoff hopes depend on it.

“We need to find a way Sunday night, division rival, these next six games are very important for us especially for what we want and where we want to go,” running back Latavius Murray said. “There needs to be a sense of urgency. No panic, but definitely a sense of urgency.”