ALLEN PARK, Mich. – It was, simply, not good enough. The Detroit Lions know that. The team’s head coach, Matt Patricia, knows it and so does his boss, general manager Bob Quinn. What happened during the 2018 season was a multi-level failure.

As multiple players had said over the last few weeks of the team’s 6-10 campaign, Detroit lacked consistency. The Lions didn’t win back-to-back games without a bye in between all year long. The offense sputtered, leading to Jim Bob Cooter’s dismissal. The defense improved as the year progressed, but the bar was so low the first few weeks of the season there was nowhere to go but up. Even special teams, a consistent strength the last five seasons, struggled. 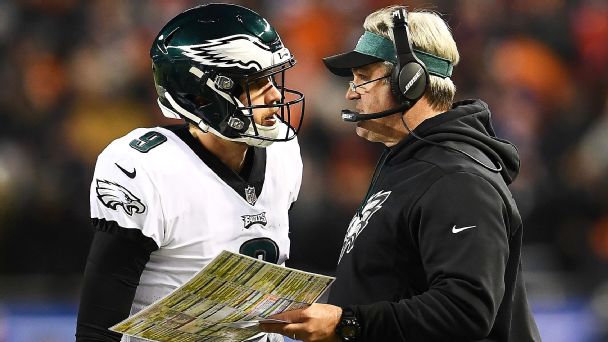 “A disappointing season for us overall, on the whole,” Quinn said. “All of us kind of had high expectations going into this year and there’s really a fine line between winning and losing in this league. Three games that we lost by a total of six points.”

There were also six games where the Lions lost by double-digits – a clear sign of a talent-deficient roster at multiple positions. Some were obvious – the pass-rush problem – and others, like tight end, which were a surprise.

The Lions recognize it now, even if there was initial surprise. The Golden Tate trade was a likely sign, but by then, Detroit already had major issues. The good news for the Lions is they at least have a starting point for the future. Quinn has the confidence he knows how to fix the Lions.

He says he’s “determined to make this team better” and that “I know what this team needs.” The Lions are banking on it. If he doesn’t, Detroit is likely to undergo a much larger, top-down restructuring that would necessitate a full rebuild.

It is something Quinn is trying to avoid. So here’s where he’ll start.

“We need more playmakers on both sides of the ball,” Quinn said. “I think we need more consistency.”

The next evaluation phase begins at college all-star games over the next month. They’ll discuss everything – their roster, their free agents, potential other free agents, possible trades and the incoming college players – to try and figure out what players might work best.

Quinn did a decent job identifying that in the last 12 months. Devon Kennard was a good find at linebacker. Romeo Okwara was a surprising waiver-wire standout and trading for Eli Harold worked reasonably well. Trading for Damon Harrison in season – already a Lions defensive centerpiece – might be the best move Quinn has made as general manager. The Harrison and Kennard moves shored up roster holes for the long term.

Now Quinn has to do more of it. He didn’t want to get into specifics, yet there were some things from his season-ending news conference that made some needs clear.

The Lions tried seemingly almost everything to snag a top-flight tight end after releasing Eric Ebron. He acknowledged trying to trade for Rob Gronkowski. He said they spoke with almost every top tight end on the market – and got priced out of some options. At the trade deadline, Quinn talked with multiple teams about trading for a high-level tight end. Considering Luke Willson and Levine Toilolo are free agents – and only Toilolo played well – the position is a clear need. Not the top need, but one the Lions are going to address.

With Ezekiel Ansah heading toward free agency, finding a consistent edge rusher is paramount in either the draft or free agency, either at linebacker or end to replicate Ansah’s when-healthy production. Re-signing Okwara and Jarrad Davis’ development could help, but it’s a position that needs addressing.

There are also offensive holes. The line, while better, needs to look to the future on the right side. Tyrell Crosby could be an option at tackle, but a long-term fix at right guard is necessary. So are more playmakers at receiver, particularly in the slot. Kenny Golladay and Marvin Jones Jr. are strong outside options and have chemistry with Matthew Stafford.

Neither creates separation regularly or draws middle-of-the-field attention to give Golladay and Jones a chance on deeper balls. This is where Tate was so valuable – and where the Lions have to consider investing.

Quinn did a good job in other areas, though.

“We’re a more physical team,” Quinn said. “I think we have a much better and sound fundamentally defense, especially run defense. I think we play a physical brand of football, which before, I didn’t think that was the case my first year or two. I think this year we drastically improved that.

” … I think the same thing can be said for the offensive line and the running game. So, I know that part is better. I think other things definitely need to improve. We’re going to work on that this year and just add as many playmakers as we can to this team.”

Beyond playmakers, Quinn’s coach needs to evolve. While he didn’t want to evaluate Patricia publicly, he said that he often gives him feedback and that they have honest and straightforward conversations. This situation is new for both of them. Not the honesty – they’ve known each other for years – but the position they are in.

Patricia has never had a losing NFL season. Quinn hasn’t in over a decade.

“He has a good understanding of his strengths, his limitations, and he’s going to take this offseason, as we all do, look back and say, ‘Hey, what can I change?’ Because, obviously, we have to do better,” Quinn said. “Six wins, it is what it is, and I’m going to look at myself in the mirror and see what I can do better. I’m sure Matt is going to do the same. I know he will. I know our coaches will and I know our players will.

“I don’t think we’re all sitting here saying we have all the answers. I think we’re going to really work hard to get new answers, so our record improves.”

The Lions have no other choice.