“Just let me relive all the worst moments of the season, why don’t you?” Mack cracked. “Usually, there’s a couple of plays every game where you really wish you wanted those back. You just always wish you can perform at the best of your ability.”

The Falcons, strong Super Bowl contenders entering the 2018 season, didn’t perform up to standard for a variety of reasons. Early on, it had to do with simply not closing out games, with their first three losses coming down to the final plays. Then injuries mounted, which proved to be insurmountable.

As the season wore on, a lack of physicality became evident up front on both sides of the football. Self-inflicted wounds on offense proved costly. And criticism of the coaching started to build, particularly against offensive coordinator Steve Sarkisian.

One can only wonder what position the Falcons would be in today had Matt Ryan hit a receiver in the end zone on the final drive against Philadelphia, had Desmond Trufant come up with a fourth-quarter interception against Cincinnati, or had the defense not let Cleveland’s Nick Chubb break loose for a 92-yard touchdown run in a pivotal midseason loss to the Browns. There were plenty other missed opportunities as the inconsistent Falcons endured a five-game losing streak and a three-game losing skid in between a three-game winning streak.

“It’s a fighting team: We didn’t run away from nothing,” Jones said. “We don’t shy away from nothing. We had some mishaps this year; control what you can control. At the end of the day, we stuck together. You can’t let outside noise affect us inside. We never had a cancer inside the building that’s like pointing fingers. We could have got to there, but we didn’t do that.”

The Falcons had enough talent on the field to be successful. They simply couldn’t overcome a number of factors working against them.

Of the six, only Jones returned from IR after missing 10 games.

The absence of Jones, Allen and Neal crippled the defense, as the Falcons had relied on Jones’ speed to cover mistakes by others, Allen’s intelligence in aligning everyone, and Neal’s hard-hitting, enforcer style to set the tone.

Losing Freeman’s toughness and elusive ability obviously affected the offense — the Falcons are one of only six teams averaging less than 100 rushing yards per game (97.6). The losses of Levitre and Fusco probably didn’t look as significant at first glance, but any time you have change on the line, it’s going to impact others. Mack has played next to five different guards this season.

Last season under first-year defensive coordinator Marquand Manuel, the Falcons took pride in finishing in the top 10 in both scoring defense (eighth at 19.7 points per game) and total defense (ninth at 318.4 yards per game) for the first time since 1998. The accomplishment even had linebacker De’Vondre Campbell thinking his unit could be a top-five defense in 2018.

So much for that.

Entering Sunday’s season finale at Tampa Bay (1 p.m. ET, Fox), the Falcons rank 27th of 32 teams, allowing 381.3 yards per game. They are tied for 25th in scoring defense, surrendering 26.1 points per game. They are second-to-last in the league in third-down defense, giving up a 49.2 percent conversion rate. And they are 23rd in the league with 36 total sacks, a number inflated by a seven-sack outing against the Arizona Cardinals a couple weeks ago.

Again, not having Jones, Neal and Allen in the lineup for the majority of the season has had a significant impact, even with defensive tackle Grady Jarrett doing his best to wreak havoc by his lonesome. In the four games Jones has played in since returning from IR, the Falcons are surrendering 338.8 yards per game and 21 points per game. They’ve also created eight turnovers over that span.

The Falcons haven’t gotten enough production out of Vic Beasley Jr., who had a league-leading 15.5 sacks in 2015. Cornerbacks Trufant and Robert Alford haven’t played their best football and have dropped interceptions, potential turnovers that could have swung momentum in games.

Speaking of turnovers, coach Dan Quinn has harped on how crucial winning the turnover ratio is every game. He knows it’s one of the primary factors in his team playing the type of football he preaches.

After 15 games, the Falcons actually find themselves at plus-1 with 18 takeaways and 17 giveaways, a ratio that ranks tied for 14th in the league. Emerging safety Damontae Kazee has been one of the positives this season with a team-leading six interceptions.

But like the team’s sack total, the number is a little skewed by the Falcons creating seven turnovers over the past two games, with five interceptions and two fumble recoveries. 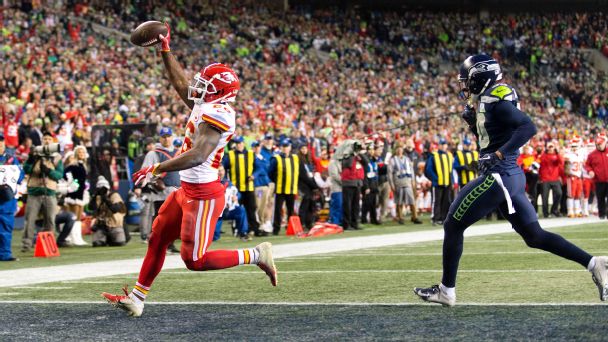 From an offensive perspective, the 17 giveaways include four turnovers in the red zone, including a crucial fourth-quarter interception thrown by Ryan against the Eagles. Of the Falcons’ turnovers, 10 have come inside the opponent’s 40-yard line and four have come at the opponent’s 15-yard line or closer. Three have been returned for touchdowns.

The Falcons lost the turnover margin in four of the games during that five-game losing streak. In the other loss (vs. the Ravens), they were even.

Critics have poked fun at the Falcons’ offensive and defensive schemes, wondering why the offense doesn’t utilize more of a power game and why the defense sits back in a zone so often.

Quinn stands by the principles of the Cover 3 defense, a defense he had a lot of success directing as defensive coordinator while boasting the league’s top defense in Seattle. But Quinn knows it all starts up front with stopping the run and pressuring quarterbacks, which is why the Falcons seem destined to beef up the defensive line during the offseason with a run-stuffer and perhaps an edge rusher who can make the kind of impact Beasley did a few years ago.

On offense, the Falcons found success — all the way to the Super Bowl — with the outside zone scheme former offensive coordinator Kyle Shanahan implemented. Sarkisian tried to carry on the scheme while adding his own wrinkles, but following Shanahan’s knowledge of the scheme would have been hard for anyone to do.

The players certainly believe in it and believe it’s the right scheme to be successful, particularly with talented players such as Ryan and Jones at the forefront of it, along with a host of other playmakers. They also believe in Sarkisian, although there’s no guarantee he’ll be retained.

“I think it all comes down to any scheme will work if everyone’s doing the right thing and working hard and getting better, and on the same page,” Mack said. “I think it’s more about how players perform with the plays that are called and getting a groove and moving forward than it is pure X’s and O’s.

“I remember in college it being, ‘They know what the plays are. They know what’s going on.’ It doesn’t matter. If you do your job really well, it’s really rare for them to know the plays well enough to flat out stop them. If you know it’s a toss sweep and everyone just sprints over that way, well there’s probably a cutback because they’re all over too far. So if you just perform your job really well, if you can do that and do it aggressively and do it time and time again, you’re going to have success. You’re going to chop wood. The scheme isn’t what is the driving factor of being successful.”

We’ll see if the players can drive the Falcons back into the Super Bowl conversation in 2019.