PHILADELPHIA — Forget “Philly Special,” the Super Bowl run or aggressiveness on fourth down. When Matt Nagy thinks of Doug Pederson, he thinks of late-night raids of the Eagles cafeteria back when they were just a couple of fledgling assistants trying to earn their stripes.

“At night time when we’re drawing cards, and it’s like 9, 10 o’clock at night, we’d take a little breather, and we’d go down downstairs at the cafeteria there at the NovaCare, and he’d always destroy the vanilla soft ice-cream server,” Nagy said of Pederson. “He’d fill that bad boy up and put a bunch of rainbow sprinkles on top of it and just devour it. He can crush food.”

Then there was the day in 2012 when Pederson and Nagy, the Eagles’ quarterbacks coach and offensive quality control coach at the time, were in Pederson’s office breaking down tape of Arizona quarterback Nick Foles. Their boss, Andy Reid, was in there, too. What they saw was enough for Reid to call an audible.

“I can remember Doug and I were looking at some quarterbacks,” Nagy said. “It was early in the morning. We were in Doug’s office looking at some quarterbacks — I’m not going to say who — but we were looking at a couple. Coach Reid, he walked on in and told Doug because Doug was getting ready to go look at some guys, he said, ‘Go ahead and divert your flight to Arizona. You’re going to see this Nick Foles kid.’ That’s what happened, and you can see where it went from there.

“I can remember going back to the exact day that me, Doug and Coach Reid were together and looking at film on him, and now to go full circle, and here we are seven, eight years later.”

“I just wanted to tell him how proud I am of him and what he’s accomplished this season and wish him the best moving forward. And obviously asked him for a couple good eating spots in Chicago when we come to town.”
Doug Pederson on what he texted Matt Nagy on Sunday

Pederson’s Philadelphia Eagles play Nagy’s Chicago Bears on Sunday (4:40 p.m. ET, NBC) in arguably the most anticipated wild-card playoff game of the weekend. It pits the defending champs — and reigning Super Bowl MVP Foles — against the most ferocious defense in football. It’s also a matchup of two once-unheralded members of Reid’s coaching tree who have shot up faster than just about anyone imagined. Pederson was widely viewed as an underwhelming hire by the Eagles, who lost out on their preferred candidate, Ben McAdoo, to the New York Giants. But Pederson helped deliver the city its first Super Bowl championship in his second season and has the Eagles back in the playoffs thanks to a late-season rally. Of the seven head coaches who were hired in 2016, only Pederson remains.

Nagy had two years of coordinator experience on his resume when Chicago hired him this offseason, and he had called just five games during his time with the Kansas City Chiefs. But the Bears have flourished under him in Year 1, going 12-4 to capture the NFC North and the No. 3 seed following a 5-11 campaign the season prior.

“I think of my career and where I’ve been, Matt and I parallel a lot, and I think we both have that servant mentality where we just want to help our teams win and serve the players, serve the coaches,” Pederson said. “And you see that with him, and it’s a credit to him, his eagerness and willingness to work and his desire to succeed.” 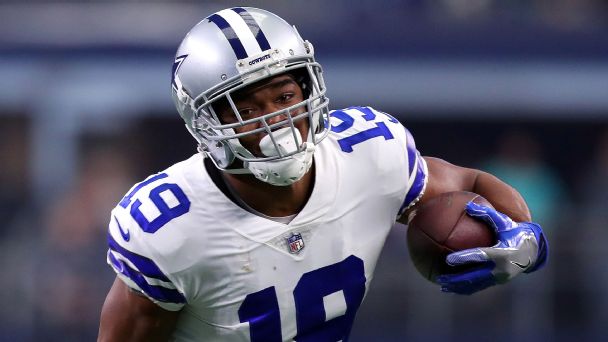 “To me, that’s been pretty cool, to come in as an assistant when Doug was a QC and to keep following him. And it just goes to show, too, how Coach Reid does things,” Nagy said. “He builds from the ground up, he builds organically, and I love that about Coach. He tries to teach his people who come in, no matter where you start, he wants to teach you how to do it and then groom you to be able to take advantage of these opportunities that both Doug and I have, and I believe in that. It’s Coach Reid. It starts there. He trusts you as a person, you build loyalty through him, and then he takes care of you. That’s what he did to both Doug and I, and now we’re trying to do that and pay guys back by doing the same type of thing.”

Reid was generous to his assistants, but when it came time for Pederson to build his own staff, he made one thing clear: Nagy was off-limits.

“Philadelphia had come up, and right away he said, ‘You’re not taking any of my staff members.’ So he kind of put the kibosh on taking any of his assistant coaches at the time, which I can respect … and really you should start from scratch,” Pederson said. “He pretty much squashed me trying to take Matt Nagy with me.”

Pederson and Nagy have kept their connection, though. Nagy has leaned on Pederson while navigating his first year as a head coach. Pederson placed a friendly call to Nagy prior to the Bears’ Week 17 game against the Minnesota Vikings, lightly nudging him to play his starters since a Minnesota loss equaled a Philly playoff berth. The Bears put their best foot forward in a 24-10 win.

“I was just, ‘Hey, man, I’d really appreciate some help going into this final week.’ He responded with an, ‘I’ll see what we can do’-type thing. Just kinda coaches’ talk,” Pederson said. “But I texted him after the game. We were on the train coming back from Washington. I just wanted to tell him how proud I am of him and what he’s accomplished this season and wish him the best moving forward. And obviously asked him for a couple good eating spots in Chicago when we come to town.”

Nagy suggested Capriotti’s and Gino’s East. No word on the quality of their vanilla ice cream.

Eagles defensive coordinator Jim Schwartz said that Nagy’s offense pulls from not just Kansas City but also the Los Angeles Rams and others. Still, he said, when facing a Reid acolyte or Reid himself, there are core principles, such as the utilization of a high-percentage passing game, that carry over.

Similarly, Foles said, there is a common trait in the coaches Reid molds that lends to their success.

“The big thing with both of them that comes to mind first is they’re genuine,” Foles said. “They’re going to be who they are. They’re not going to try to be anybody else. They were with Andy for a long time, and Coach Reid always says, ‘Let your personality show.’ Be who you are. And that’s what they’ve done. And I said when I came here with Doug, he was the same guy who was my quarterbacks coach that is my head coach.

“Obviously, his responsibilities changed. When Nagy was a quality control [coach] here and then he was my offensive coordinator in Kansas City, he was the same person — just responsibilities changed. And that’s something that is very impressive because sometimes people’s title or role changes, and all of a sudden they are a different person and puff out their chest a little bit more, and that’s something I’m not drawn to. I’ve always been drawn to Matt Nagy, to Doug Pederson, to Andy Reid because they are genuine people, and they are people I enjoy playing for.”