After a three-day sojourn, the NHL is back and so are ESPN’s Power Rankings, voted on as always by our panel of experts.

They’re on pace for 129 points. They’ve gone a month without a regulation loss. Eighteen players have double-digit points. What else is there to say?

How good has Mitch Marner been? He’s only the fourth Maple Leafs player all time to have 50 points before Christmas (the others: Mats Sundin, Dave Andreychuk and Doug Gilmour)

Yes, Alex Ovechkin has been ridiculously good. But this team isn’t tethered to the star winger for success. Fourteen players have double-digit point totals, including surprises like Brett Connolly (22 in 36 games).

Is this the season Mark Scheifele emerges as a serious Hart Trophy candidate? Through 37 games he has 22 goals and 49 points while shouldering a massive workload (22:43 per game, fourth among all NHL forwards).

They have the league’s most explosive offense, having scored five goals in a period on four different occasions. Defensively, Calgary ranks third in the league, allowing only 2.68 goals per game.

The banged-up Preds have been without at least one of their top players for the last six weeks. Even with a four-game slide heading into the break, they’re comfortably in a playoff spot.

Erik Karlsson is set to return from a two-game suspension; the defenseman is starting to find his offensive game with the Sharks, notching 11 assists in his past 10 games.

The Sabres sure are keeping fans on their toes in their breakout season. More than a third of their games have gone to overtime, in which Buffalo is 8-5. 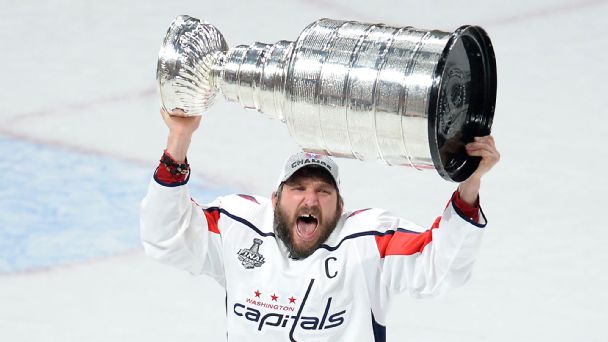 To end the year the right way, Emily Kaplan and Greg Wyshynski rank the 10 best hockey stories covered on the pod. Among many storylines, we review John Tavares becoming a Maple Leaf (21:25), the Golden Knights’ historical first season (28:24) and more! Plus, in “Phil Kessel Loves Hot Dogs,” we look back at Whalers Night in Raleigh. Thanks for listening all year long! Listen >>

The B’s are getting healthier. The return of defenseman Zdeno Chara will be huge, but don’t overlook winger Jake DeBrusk (sidelined three weeks with a concussion), who has 10 goals in 28 games.

Can Mikko Rantanen become the first Avs player to win the scoring title since Peter Forsberg in 2003? Nikita Kucherov has taken the scoring lead with 61, while Rantanen has 60 and Avs teammate Nathan MacKinnon has 57.

Bob is back! After an inauspicious start, Columbus Blue Jackets netminder Sergei Bobrovsky is 5-0-1 with a .962 save percentage in his last six starts.

Marc-Andre Fleury‘s workload has been Herculean so far. He has already surpassed his 2017-18 starts total while leading the league with 2,078 minutes, 299 more than any other netminder.

The inevitable second-half surge begins as Pittsburgh has posted a plus-13 goal differential over its last 12 games, winning nine of them.

The biggest improvement for the Islanders this season? Goal prevention. They’ve allowed only 95 goals in 35 games this season after letting in a whopping 124 in the same span last season.

The Habs have won eight of 12 games this month (with three to go on the calendar). Keep it up, and this will be Montreal’s most successful December in a decade.

And just like that, the Oilers looked like their old selves again, allowing 14 goals in three games before the break (while scoring just six).

The Wild had a league-worst nine points (4-8-1 record) between Thanksgiving and Christmas, and look to turn things around, though they’ll be without one of their top defensemen, Matt Dumba, for at least three months.

The Stars are a good team that takes some time to get going. They have a league-low 19 goals in the first period. (For comparison, Tampa Bay leads the league, with 50).

The Canucks aren’t looking to next season just yet, but we must note 2018 first-round pick Quinn Hughes was the most noticeable player for Team USA in its first game at the world junior championship this week.

The next two weeks look daunting, with seven of nine games away from Madison Square Garden. That stretch could make or break the Blueshirts’ season.

The Canes have been streaky, and, at least a bit unlucky; they have a league-low 96.73 PDO at even strength.

The Panthers need an extra scoring kick, and maybe they have it in-house with rookie Jayce Hawryluk, who scored two goals in his NHL debut last week.

How is the Red Wings’ season going? Even though the team is playing better, according to the eye test, than last season, the Wings’ record doesn’t reflect it, and they are below average in nearly every statistical category.

Carter Hart might just be as good as advertised, and there’s more help to come. Philly has a league-high seven prospects participating in the world junior championship.

Let’s not get into winners and losers of the Erik Karlsson trade, but the Sens did find a gem in Dylan DeMelo, who is thriving in a larger role and bringing out the best in partner Thomas Chabot.

The Yotes have done a lot to improve their forward corps this season, and yet they rank 29th in goals per game, despite doing enough in the back end to win. That’s extra impressive given that they’ve been without top netminder Antti Raanta for much of the season.

The Blues remain the only NHL team that has not strung together more than two consecutive wins.

The latest in the Devils’ goaltending saga: Could rookie Mackenzie Blackwood be the savior? Too early to tell, but coach John Hynes says he’ll get a “real good look” after the Christmas break.

Hey, 2018 was a tumultuous calendar year for the Blackhawks. Perhaps a reasonable goal for 2019: Any noticeable improvement under new coach Jeremy Colliton.

The league’s lowest-scoring team scored at least three goals in all four games before the Christmas break for the first time all season. Small steps.