CHARLOTTE, N.C. — There were no short, snappy answers from Carolina Panthers quarterback Cam Newton on Wednesday, no visible signs of what he calls the “dark, dark” place he goes after losing. Once, in mid-sentence, he paused to say “bless you” when a member of the media sneezed.

Criticized early in his career for sulking on the sideline with a towel over his head and again three years ago for walking out of his news conference following a loss to Denver in Super Bowl 50, Newton still hates to lose.

He just handles it better now. Why?

“My kids. My kids,” Newton said. “I owe a lot to my kids. Surprisingly it’s [11-year-old stepdaughter] Shakira, the oldest. I see a lot of how I act, they see it and think it’s acceptable. Even though it’s hard for me, I realize I have an obedience to be there for my children and teach them life lessons.”

That has been tested a lot lately. The Panthers (6-5) have lost three straight, their most in a row since four straight early in the 2016 season, heading into an NFC South game at Tampa Bay (4-7) on Sunday (1 p.m. ET, Fox).

Newton has gotten better at handling disappointment. But at no time has he handled it better than now that his family has grown to four — Shakira, Chosen Sabastian (2), Sovereign-Dior Cambella (1) and a second son born in July whose name hasn’t been revealed.

“And what better way to teach them life lessons than when you’re actually going through situations that mean a lot to you and things don’t go your way,” Newton said. “So when I go home, I don’t want to give her, or any other ones, any ammunition to shoot back at me.”

One could argue the consistency Newton has shown in handling losing has helped make him a more consistent player on the field.

He has a career-best six straight games with a passer rating of more than 100, his eighth on the season. He didn’t have more than three in a row in a season prior to this, and that came during his 2015 NFL MVP season. Newton has completed 69.6 percent of his passes after averaging 58.5 for the first seven years of his career. He has thrown 22 touchdowns versus seven interceptions, a ratio of 1.9 that’s almost half of the 2.74 ratio he had prior to this season.

Newton said he is “playing the best football of my career.”

“Straight up,” Newton said. “I just feel in control. There’s no question marks. … Every single play I know exactly what I’m supposed to do.”

Offensive coordinator Norv Turner has helped with a scheme that depends on more high efficiency passes. Having more offensive weapons in Christian McCaffrey, Curtis Samuel and DJ Moore to go along with Pro Bowl tight end Greg Olsen also has been a factor.

But so has Newton’s ability to put losses behind him in what he calls his “24-hour rule” that keeps the focus on moving forward.

That gives the Panthers a fighting chance to stay in condition for a wild-card spot over the final five games.

“You see a different approach by him mentally, physically,” Panthers coach Ron Rivera said. “There’s a lot of reason for that, growth. I know one of the things he prides himself on is the type of father he’s been with his kids. That’s really helped him on his outlook on things.”

Newton joked the week after a 52-21 loss to Pittsburgh to start this skid that Chosen was giving him grief.

“Chosen was looking at me sideways like, ‘Bruh, you lost bad. Got a 50-spot put on you,'” Newton said at the time. 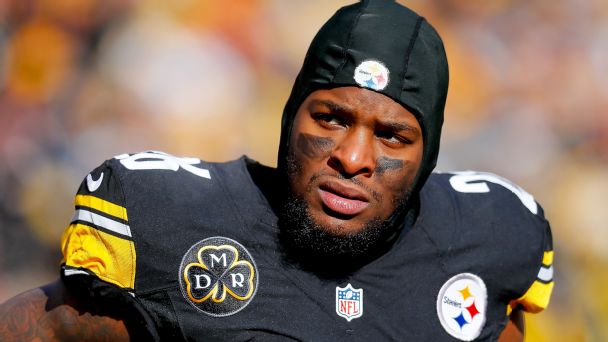 Newton said a couple of years ago that Chosen gave him a “purpose in life.” But it’s Shakira, whom Newton’s longtime girlfriend, Kia, had prior to their relationship, that keeps the quarterback straight.

“It’s certain things from YouTube she may see,” Newton said. “She has fanatic peers that doesn’t hesitate to tell her what her dad did. I feel like a lot of things I’m good at teaching, I’ve actually learned from myself the hard way.”

That’s one reason Newton gives himself only 24 hours to get past a loss. He even made a post on social media this week showing he was back at work with a smile instead of a sulk.

“You’re digging real deep into my mental game,” Newton said when asked about his rule. “You give yourself either 24 hours to celebrate or sulk and sob. After the 24 hours is up, you let it go. That’s been so helpful for me in my growth as a man.”

That doesn’t mean Newton doesn’t still go into his “dark place” after a loss. He just doesn’t show it publicly, particularly at a postgame news conference where it was most evident in the past.

“Oh, it’s a dark place. Dark, dark. It’s dark,” Newton said. “At times I’ve lost track of time. I just don’t like losing. So you set ramifications up for yourself so you can learn from it, but at the same time be productive.”

Newton won the Heisman Trophy in 2010 when he helped Auburn go undefeated and win the national championship. He won the NFL MVP in 2015 when he led the Panthers to a 15-1 regular-season record and the Super Bowl.

For most of his career Newton has been rewarded for good play with wins. That’s what makes this season tough to explain, and why his ability to move on from the losing has been impressive.

“When somebody is at their best and facing me, and I’m at my best, we win,” Newton said. “Of course, these last couple of games we haven’t had the winning to back it. But I give myself comfort that I’ve still got to get better.”

Rivera was glad to hear his quarterback talking with so much confidence. “When the quarterback plays that consistent you should win more games,” Rivera said.

Newton’s confidence this season never was higher than after a 42-28 victory over Tampa Bay, Carolina’s last victory. He completed 19 of 25 pass attempts for 247 yards and two touchdowns and rushed 11 times for 33 yards to get the Panthers to 6-2.

But he’s taking nothing for granted that this game will be easy.

“Now it’s tougher that we’re not winning,” Newton said of maintaining confidence and good attitude. “[Earlier in my career] the selfish me would have been like, ‘Oh, I’m good. We ain’t losing because of me.’ That’s not where I am in my career.

“It’s my job just to bring up the guys that aren’t playing so well. … And guys that are playing better than me I need to get on their level.”

In a way, Newton is using his maturity he shows with his kids to help raise an offense filled with young, dynamic players.

“For me and what my worth is on Sundays, it goes beyond just making plays on Sunday,” Newton said. “That’s what I’ve learned the most. As I keep learning, understanding things, it always comes back to square root, No. 1, help from my precious kids. Hopefully, they can bring me some luck on Sunday.”