Nearly eight years have passed, but LeBron James still remembers the exact date he played in Cleveland for the first time as a member of the Miami Heat — Dec. 2, 2010 — as if it was a birthday or an anniversary.

With Northeast Ohio’s native son returning to Quicken Loans Arena some five months after “The Decision” rocked the fan base to its core — dredging up decades of insecurity brought upon by repeated failures by the pro sports franchises in town — a regular-season game between the Cleveland Cavaliers and Heat became a spectacle unlike any other in the NBA’s rich history.

The Cavs played a role in building up the intensity. The video board flashed between shots of James warming up and various Cleveland athletes and personalities who’d been invited to attend for this purpose. Browns stars Bernie Kosar and Josh Cribbs, Indians star Travis Hafner and actor Drew Carey made their entrances set against James. The culmination came when team owner Dan Gilbert entered, cast like a heavyweight fighter. The messaging was unmistakable: The fans were being prodded to believe it was us against him.

The crowd was in a frenzy. There were coordinated chants, dozens of signs, and objects being hurled onto the court. Despite the adversity, James delivered one of his best performances of that season. In the third quarter, he broke the crowd’s spirit as he scored 24 of his 38 points. He made 15 of 25 shots and added five rebounds and eight assists. When he checked out for good at the end of the third quarter, Miami led by 30, en route to a 118-90 victory.

To say it was a pivotal moment would be an understatement. So would be merely calling it memorable. With LeBron returning to Cleveland for the first time as a member of the Los Angeles Lakers on Wednesday night, we take a look back at some of the memories of those who were there that night in 2010 for his first return:

“It was something that nobody had ever seen before. Everybody knew the emotions behind it. Cable television made sure that they captured every moment. It was an eerie feeling, just going back. It was an uncomfortable feeling going back because of the situation. And I knew how up in bunches everybody was.

“The only thing I was talking about was, ‘How can I play well?’ I wanted to play well. I wanted to play well more than anything. I knew that I had a group of guys that were going to ride for me that night, no matter what. That was just the makeup of our club. I wasn’t worried about that. But it was an eerie night.

The eight-part docuseries, produced by UNINTERRUPTED and airing on ESPN+, will follow LeBron James and Maverick Carter’s improbable journey from Akron to the global stage. Watch on ESPN+

“Nobody liked it. There was a lot of negative, bad energy in the building that night. We knew it was real, but once you get in there you can feel it. You got nobody but your brothers, and it is you against literally everybody in that arena.

“We wanted to give him a little bit of a crutch, you know what I’m saying? Just be there for him, and take some of that weight off his shoulders and take along with him and let him know he’s not there by himself. We definitely bonded together and got closer and stronger through that.

“It was just pure negativity. If I was out in the street, I would have been nervous.”

“When he stepped in the arena for layup lines, the boos were nonstop. They were blended together. It was one big roar. Everywhere he moved people screamed at him. This wasn’t a sporting event. Even the referees didn’t know how to call it. It was like two kids who got thrown into a ring and told to fight.

“It hurt the guys wearing Cleveland uniforms. It wasn’t about us, it was about them. It was awkward for both sides. People were yelling at us to take his head off. They wanted a flagrant foul. They wanted us to physically harm him. Even as you watched the game, there were arguments and fights in the stands.

“But you could see he was hurting. He came over to the bench and tried talking to his old teammates. That was just weird, a weird moment. No one knew how to feel.”

“Man, that was — I’ll be honest — that was one of those games I was most afraid of to play in. The only time I was afraid playing basketball was when I was in the eighth grade and we had a fight with another team in a tournament and we had to go back to play them. But the Cleveland game, there was tension. That’s the most I’ll say. There was tension, but we got out of there alive.

“There were moments during our run — Game 6 in Boston [in 2012] of course — but that game was definitely something very difficult to deal with at the time because people in Cleveland, they let us know how disappointed they were. Even to the point where I got some backlash. I was like, ‘Damn! I didn’t even play here!’ They were calling me a traitor. I was like, ‘Damn.’

“The thing I remember that is unique was just walking down the hallway with three minutes before the game. I could feel and hear the intensity in the crowd. I have never experienced that at that arena. Then, when I walked out there, you could cut the tension with a knife. It was that tangible. The feeling of extreme dislike. I don’t want to use the word hatred. But it was extreme, ultra dislike, disappointment and frustration, all bottled up in one emotional unit.”

“We brought four team security members and then we used Cleveland police officers. There were reports about us going on a scouting mission to set up security beforehand — that was all made up. We went with the regular team security and then asked Cleveland for assistance. What wasn’t made up were the 9-volt batteries being thrown on the court. I remember a member of the NBA’s security team wanted to call the game because there was so much coming at us during the game and we were basically ducking behind the scorer’s table just to not get hit.

“I remember saying, ‘This is the most hate I’ve seen. Ever.’ The signs and the looks on the fans’ faces. We got there three hours before the game and it was packed. It was loaded. There was just so much anger in the air. So much passion. It was something else.

“I just tried to keep my eye on LeBron more than I normally do and just stay close, even as he’s going to the table to do the powder, or when he goes in the game, just constantly watching for avenues of entrances for the fans.

“It wasn’t like we were in any danger danger. I think it’s just more passionate people showing the passion of what they felt that he left them and left Ohio for the easy way out. When I think back on it, just the pure hate that I saw, that’s the first thing I can say. I’d never seen it in that fashion in an enclosed arena. But we all got through it. No one got hurt, we went home and it was great.”

“The noise is what I remember most. Just waves of rage that would crash into you at key moments in the evening: When LeBron came out for warm-ups; when he was introduced; the first time he touched the ball. I was working a lot of NFL games at the time, and those stadiums hold three or four times as many people as an NBA arena does. But there is something about the way the volume changes when people are so deeply angry. It was the loudest building I was in all year.

“There had also been a lot of rules for the crowd — fans weren’t supposed to be able to bring in derogatory signs or T-shirts. I saw people ball up towels and try to peg LeBron on the bench. Someone threw a battery.

“It was all bad enough that LeBron had to do his postgame interview with TNT’s Craig Sager in one of the locker room hallways instead of on the court. I was standing a few feet away at the time, and you could see LeBron’s body language change in the minute or so it took for the camera to get set. It was like he had been in a state of high-alert for three hours straight and only then was just starting to return to normal.”

“When the schedule came out, everybody knew that that immediately became the most important date in Cleveland. And so the preparation began. 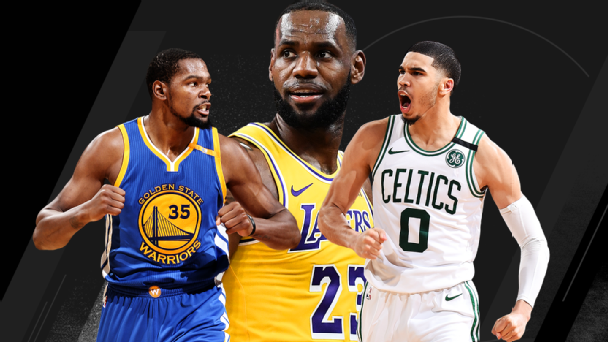 Don’t have ESPN? Learn how to get instant access today.

“That’s easily the most intense game environment that people had ever seen here — myself included. The media volume level was the equivalent of an Eastern Conference finals setup. It was close to 250 credentialed media members and probably could have been more.

“The security measures and meetings in advance of the game were deep and involved multiple law enforcement agencies — both locally and nationally.

“That’s got to be such a wholly unique circumstance. And it’s not just that event and it wasn’t just that game. The whole landscape and dynamic of LeBron’s career, the Cavaliers franchise and the Cleveland fan base is unique and unprecedented in sports. Not just the NBA. It’s one of the most unique and special landscapes that’s ever existed in professional sports. So it stands to reason that that game would also reflect that.”

“We played Detroit at home the night before so we didn’t get in until really late. Then we couldn’t land right away and we were circling, there was some issue. It was not a good sign to me. You felt animosity as soon as we landed. When we were on the bus. There were fans waiting at the hotel.

“In the morning, we had our team meeting. Everyone was quiet. We knew what we were in for. You can just feel it. It wasn’t just for LeBron. It was for the Heat organization. On our way to the arena I remember looking and seeing a father and son eating dinner at a pizzeria. It brought me perspective. There was a whole world that didn’t care about this. It was not life and death.

“But then it was the most hostile arena I’d ever been in. It felt like if they would’ve let us, they’d have torn us to pieces. But something clicked for us. If you know anything about LeBron, when he makes a few jumpers, it’s a bad sign for the opposing team. He was hitting his jumpers. Then the pressure got to the Cavs. Their heads were anywhere but the game.

“By the time it was a blowout, every few minutes someone would get arrested behind the bench. That was it. It was anticlimactic. I just saw a few friends, one of them brought me a case of Christmas ale, and we went back to Miami.”