THOUSAND OAKS, Calif. — The standard is the standard.

No explanation needed if you play for the Los Angeles Rams. The standard has just come to be known.

But for those less informed, perhaps those outside the team practice facility, what exactly, is the standard?

“We set the bar and there are no excuses,” safety John Johnson III said, as a quizzical look spread across his face and his voice raised a few octaves. “It’s hard to explain! You just kind of know from experience.”

When McVay arrived in L.A. two seasons ago, the walls were bare and the Rams’ culture was in disarray coming off a 4-12 season. As the youngest head coach in modern NFL history, McVay’s task was to transform everything.

He engaged with players. He established expectations. He changed a culture, seemingly overnight. And that included the lingo.

Two seasons later, McVay, who at 32 is still younger than two of his players, and his mantras have made an undeniable impression.

The Rams won 11 games last season and their first NFC West title since 2003. Now they’re 13-3, have clinched back-to-back division titles, and earned a first-round bye in the playoffs after securing the No. 2 seed in the NFC.

“It’s really just about having core values and beliefs that you think are consistent with the things you want to represent,” McVay said.

Many of those values and beliefs are represented through “McVayisms.”

Some of the Rams’ players call these sayings corny. Some have a certain circular Zen quality, like the standard is the standard. But, the T-shirts emblazoned with “We Not Me” and the easy, almost unconscious way the players repeat their coach’s mottos shows how much the McVayisms have become a crucial part of the Rams’ run to the playoffs. They’re easy to understand if you hear them hundreds of times a year, and even more practical to put into action.

Running back Todd Gurley II is a situation master of the highest order.

It was Week 8, and the All-Pro running back knew exactly what to do. The Rams held a two-point lead over the Green Bay Packers with 1:05 left in the game. Gurley took a handoff at the Packers’ 21-yard line and dashed 17 yards to … stop short of the end zone.

Forget the wide-open path to the end zone and damn all the fantasy owners looking for more points, McVay couldn’t have been prouder.

“That’s the situational awareness we talk about, unselfishness,” McVay said. “When one of your best players embodies that, it’s a good thing.”

The next play, quarterback Jared Goff took a knee, the clock expired, and the Rams defeated the Packers 29-27 to improve to 8-0.

Gurley avoided the end zone to keep Super Bowl-winning quarterback Aaron Rodgers from getting the ball once more.

“We go over this stuff every week,” Gurley said after the game. “We know what to do in what situations. That’s what makes us the team that we are. Unselfish players.

Gurley’s recall — the situational mastery — was straight out of McVay’s handbook.

“It’s not all about talent or whatever,” said Gurley, who has scored a league-best 21 touchdowns this season. “You know you can always beat somebody by just knowing the situations of the game.”

McVay has admitted on several occasions throughout the season that he’s still learning on the job. Sometimes that can be easy to forget when listening to a coach who talks faster than the speed of sound, has an explanation for everything and goes into excruciating detail on every situation. But even if you get left behind during one of his monologues, they can be dissected into a few recurring themes.

Let McVay explain: “We talk about the character, the communication as something that’s really important to us. Demonstrating the poise and confidence and ultimately, that competitive greatness.”

Besides being on time, which is self-explanatory, mastering situations is the most physically tangible of McVay’s philosophy. In hurry-up situations, the Rams hand the ball to the referee. It’s not to be left on the ground, or even tossed to the official. All that is a waste of time, precious seconds could tick off the clock. And the first-down situation, also rehearsed ad-nauseum. Get a first down, get to the ground. The clock will do the rest of the work. 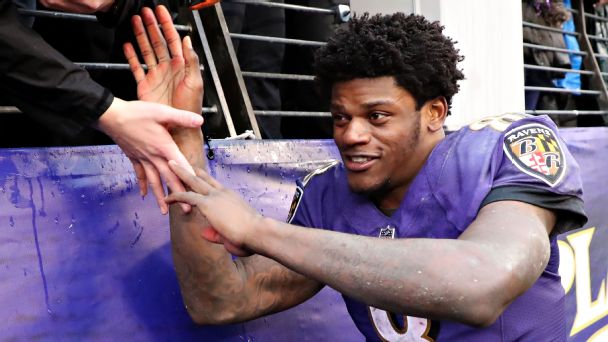 o The many ways Derwin James affects games
o Cowboys value Dak, but at what price?
o The one word that relaunched the Ravens
o Pick the best Saints team ever
o Take a lesson in McVayisms

“It’s just like studying situations so you know what to do when they come up,” Johnson said. “You see a lot of teams look like scatter-brained or crazy.”

But not the Rams.

“Consistency is the truest measure of performance,” punter Johnny Hekker said, checking off another phrase from McVay’s book. “If we want to be a good team, we’ve got to be a consistent team.”

Every team preaches doing these little things right, and most probably want promptness in their players. However, the infectious nature of the McVayisms is impressive.

“The Rams’ culture has carried over to the Sullivan household, for sure,” center John Sullivan said. “My son knows, ‘We not me’ and ‘the standard is the standard,’ and my wife hears that a lot.”

McVay’s players repeat his phrases while hardly even recognizing they’re doing it.

That’s because McVay tends to stick to his sayings over and over … and over again.

“Every player regurgitates the stuff,” Hekker said. “I definitely — even in interviews you can hear players talking about stuff and they’ll say — drop that line or drop something about being a connected team or talking about connection, there’s just a lot of little things that he says that you definitely tell rub off.”

“He just makes so much sense from the stuff he says,” Phillips said. “That’s what’s great about him is he keeps reiterating where everybody knows what he wants and what it is and what we’re all trying to accomplish. I’ve always been impressed with that with him.”

In daily conversations, players catch themselves repeating the phrases of their coach. “We not me,” defensive lineman Ethan Westbrooks said. “That’s a dope one.”

That means putting the team above the individual. It can be used on the field, in the weight room, or — when grabbing a cup of coffee for yourself but neglecting others in the room.

“That’s a me not we guy right there,” right tackle Rob Havenstein joked.

No single player, no matter the size of their contract or trophy case, is above the standard.

The success on the field is directly tied to McVay’s connection with his players off of it. McVay has noticed too how much his catchphrases have begun to echo around the facility.

Perhaps what McVay might not know, is some of his off-script phrases have stuck, too.

A simple question was circulated inside the locker room.

Which of McVay’s phrases resonated the most?

“Can they be funny?” right guard Austin Blythe asked. Absolutely.

“You can talk about the anger sharks,” Blythe said. The, what? That’s not on the walls or on T-shirts.

Suddenly, players went off script. They huddled. Giggled. Laughed. Declared they certainly couldn’t share which were their favorites and then gave more vanilla versions.

Coming to a theater near you.

I can appreciate this guy’s swag.

Consider those from the secret menu of McVayisms.

The list came more dizzying than one of McVay’s explanations about, well, anything.

McVay, apparently, has this thing, when he’ll be out at practice and he’s just not getting the look he wants.

But instead of losing his cool, the hyper head coach will swirl his hands around his dome and start talking about the anger sharks swimming in his head.

One more play? Get ready for 10. At the end of practice, again, McVay — a perfectionist in the truest form — won’t see exactly what he wants. So they go again, and again … and again. Maybe 15 more minutes.

And this is a favorite of his offensive skill players: Coming to a theater near you. Because when McVay says that, they just know the play that they’ll be installing for Sunday’s game is about to go big.

Then, there’s the line that you just might not expect from McVay, who attended Marist High School — a private, Catholic school in a suburb of Atlanta.

Nevertheless, his players love it.

“I can appreciate this guy’s swag,” McVay will say, when a player walks into a meeting room, or into the locker room on game day, with an outfit or accessory that just can’t be ignored.

Marcus Peters, in his first season with the Rams, also his go-to McVayism.

And what, exactly you ask, does that mean?