If there was a debate to be had about whether Baker Mayfield would be better off without Hue Jackson (and there wasn’t), then one of the more interesting things that happened in Week 12 was that we found out Mayfield’s opinion on the matter.

“We have people we believe in calling the plays now,” was one of several icy Jackson-related things Mayfield said after his Browns clobbered the Bengals with the former Browns coach now on the Cincinnati sideline.

Given the messy circumstances surrounding Jackson’s firing by the Browns last month — his ugly feud with also-fired offensive coordinator Todd Haley; his post-firing, blame-shifting media tour — it’s not surprising that there’d be some hard feelings toward Jackson in the Browns’ building. At the time, the Browns made it clear that the discord between Jackson and Haley was the reason for the firing, and the main reason they wanted it cleaned up was in case it was affecting Mayfield.

Whether it was or not, the top pick in this year’s draft has absolutely thrived in the three games since the Browns sent Jackson and Haley packing. At the time of the firings, Mayfield ranked 30th in the NFL with a Total QBR of 37.7. He had a completion percentage of 58.3, an average of 6.6 yards per pass attempt, eight touchdown passes and six interceptions in six games.

In the four weeks since, Mayfield ranks third in the league, behind only Drew Brees and Andrew Luck, with a Total QBR of 87.5. He’s completing 73.9 percent of his passes, averaging 8.76 yards per pass with nine touchdowns and one interception.

Small sample size? Yeah. Natural development? Maybe. Low-level competition? No doubt: Kansas City, Atlanta and Cincinnati are all bottom-five defenses this season statistically. But they’re NFL teams, and Mayfield is a kid who has made eight NFL starts. He’s putting up numbers that would make him a strong late-season add to the NFL’s Offensive Rookie of the Year race, if there were such a thing.

PLEASE NOTE: Here’s where I make it crystal clear to my ever-vigilant readers that I am NOT suggesting there’s a race for Offensive Rookie of the Year. Giants running back Saquon Barkley is on pace for 2,051 scrimmage yards and 17 touchdowns. His numbers are in Todd Gurley/Ezekiel Elliott territory. Only the explosion of the sun can keep Barkley from winning this award. He’s a complete monster and he deserves it.

However, just because Barkley has run away with this thing before December doesn’t mean there aren’t other rookies worthy of attention. Imagine you have a Rookie of the Year ballot that has three or five slots on it, and you have to fill in some names under Barkley’s. And don’t forget there’s also a whole separate Defensive Rookie of the Year award to consider.

With that in mind, and because a lot of times these awards can go to guys who make big early splashes and get themselves planted in voters’ minds, we wanted to use this week’s What We Learned column to spotlight some midseason and late-season high-performers who could muscle their way into the Rookie of the Year discussions, even if they can’t get their hands on the actual awards. We already hit on Mayfield, but here are a few more worthy of at least a moment or two in the spotlight:

He had 316 rushing yards and four touchdowns in a three-game stretch from Weeks 4-6, then he got hurt in Week 7 and missed a couple of games. But he came roaring off the Patriots’ bye this week with 21 carries and 133 yards and a touchdown in a victory over the Jets. You don’t know how New England will tailor its offense to its opponent week to week, and the return from injury of Rex Burkhead gives the Patriots even more options in the running game. But what we learned in his return is that Michel has grabbed a significant share of the workload very quickly. That shows you why the Pats spent a first-round pick on him and makes you think he’s good enough to buck the trend.

The bad thing about the fact that those internet videos of Nelson wrecking dudes are doctored is that they don’t need to be. Anybody who likes watching physical football would enjoy watching Nelson unedited. Andrew Luck’s return has been the story of the season in Indy, but one of the keys to that — and to the team’s current five-game win streak — has been the play of the offensive line, including Nelson and rookie right tackle Braden Smith. Can a guard win Offensive Rookie of the Year? It’s pretty tough. Zack Martin got seven votes in 2014 when Odell Beckham Jr. won the thing with 42.

Maybe the surprise of the season, since he was undrafted while the team took Royce Freeman in the third round. But Lindsay outperformed Freeman in camp and early in the season. And while you might have been expecting the Denver RB situation to morph into a timeshare or Freeman to take over, Lindsay has held this thing down. Since Week 7, he’s third in the league in rushing (434) yards and second in yards per carry (5.86). We’ve learned that, rather than cede the job to the draft pick, Lindsay is getting stronger as it goes along.

Chubb LEADS the NFL in rushing since Week 7, which is when the Browns traded Carlos Hyde to Jacksonville and gave Chubb the starting running back job. Makes you wonder whether, if the Browns had never signed Hyde or if they’d made Chubb the Week 1 starter, he’d be in the conversation right now along with Barkley.

What we learned in Week 12 was that Moore might well be the Panthers’ No. 1 wide receiver from here on out — even after Devin Funchess gets back. Taken two picks before Calvin Ridley in the draft, Moore didn’t make the splash Ridley did in September. And Ridley still has eight touchdown catches to Moore’s two. But Moore is closing fast on him in catches (38 vs. 47) and yards (565 vs. 625) and has a higher yards-per-catch average by 1. Ridley was a September front-runner for this award, but Moore might end up having the better season.

Seven more tackles, two more pass breakups and an interception Sunday for James, the player the Chargers still can’t believe was there when they were picking at No. 17 in the first round. James was integral to the Chargers’ defense as it was getting its legs under it in the early part of the season, contributing three sacks in September when the team was figuring out how to configure a pass rush in Joey Bosa‘s absence. Bosa is back now, and by this point James has settled into a more traditional safety role on the back end. But when you talk to Chargers coaches, they say James’ strength is that they can use him in a ton of different ways. He’s the leading candidate right now for this award.

This guy was all over the field in Dallas’ Thanksgiving victory over Washington. He and third-year linebacker Jaylon Smith have been key to the big season the Cowboys are having on defense and have helped the team overcome the seemingly annual Sean Lee injury. Vander Esch is another first-rounder, like Michel in New England, who surprised some people who felt the team had other needs. But he’s a tackling machine whose impact is increasing as the season goes along.

Leonard had 10 tackles and a sack this week in the Colts’ comeback victory over Miami, giving him six sacks and keeping him atop the league in total tackles. He has been among the front-runners for the award since September, and what we said up top about the Colts’ offensive line can be said for its surprising defense under first-year coordinator Matt Eberflus. 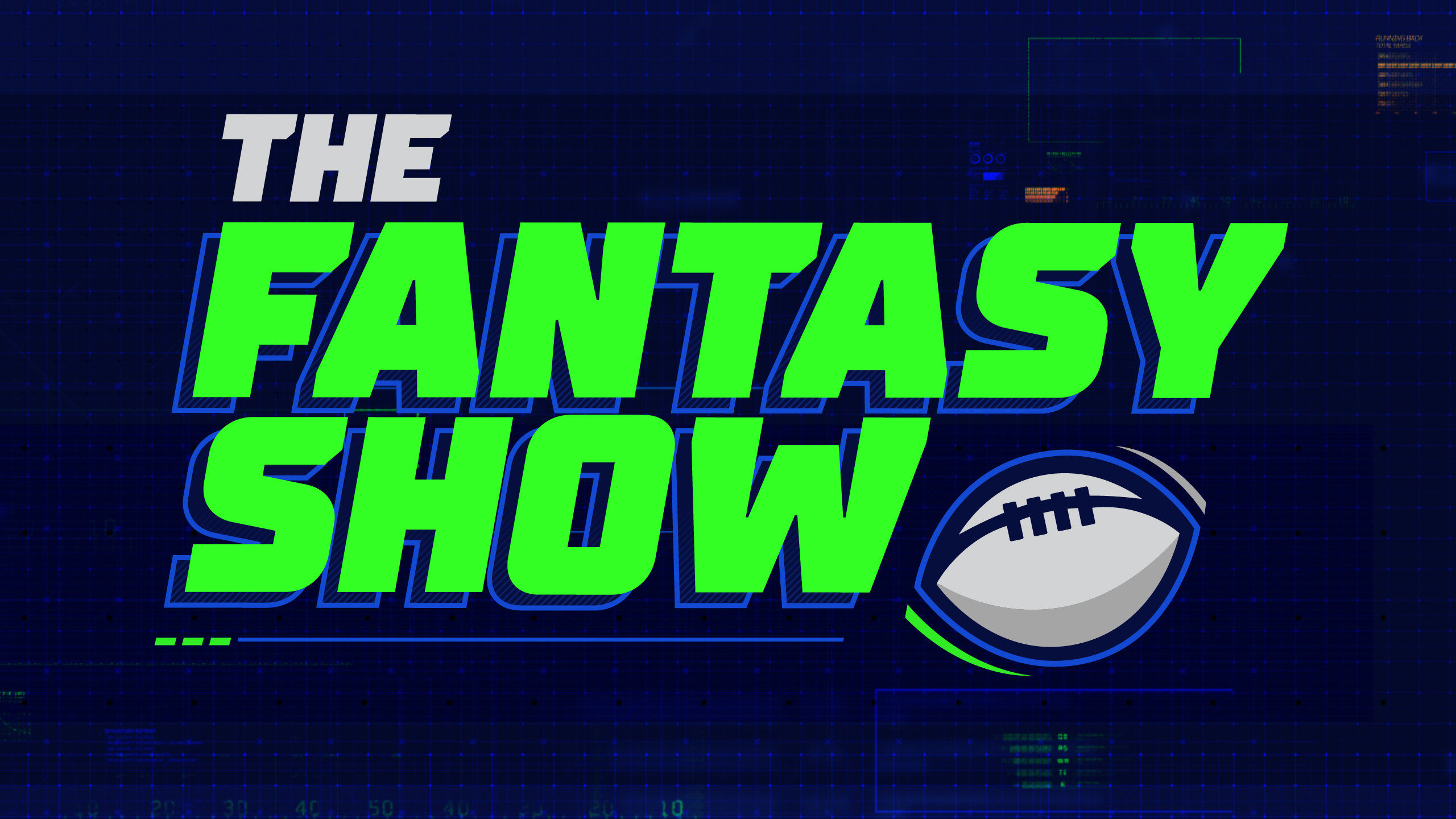 There’s no Special Teams Rookie of the Year award, but if there were you’d have to give it to this guy. He leads the NFL in net punting average (44.02 yards). He’s third with 10 punts inside the 10-yard line and a legitimate, difference-making weapon on special teams for a Seattle team that has ground its way to a 6-5 record so far. Seattle is a run-dominant team for whom field position is crucial, and Dickson has been a huge part of a plan that has the Seahawks in position for a run to the playoffs.

Nine sacks already for one of the award’s preseason favorites. The Broncos have won two games in a row, against the Chargers and Steelers. Von Miller‘s padawan is in a beautiful spot.

Three Browns on this list? They all belong. Defensive coordinator-turned-head coach Gregg Williams said early in the season that Ward was the kind of player the team needed in order to become a winner, due to his toughness and attitude. He’s a legit cover corner who can play whatever style the matchup requires, and he’s making the Browns look less crazy than we might have thought they were for taking him at No. 4 overall with Bradley Chubb still on the board.